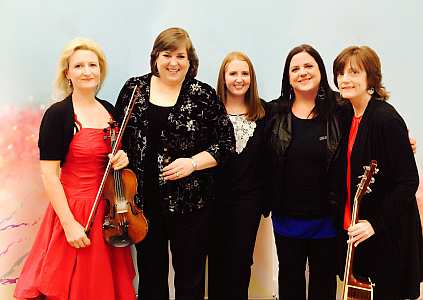 For over 37 years, Cherish the Ladies, one of America’s most heralded Irish music ensembles, has won the hearts of audiences worldwide with their rousing blend of traditional music, captivating vocals, and propulsive step dancing. To quote The Boston Globe: “It is simply impossible to imagine an audience that wouldn’t enjoy what they do”, speaking of this Grammy-nominated Irish American super group that formed in New York City in 1985 to celebrate the rise of women in what had been a male-dominated Irish music scene. Since their inception, they have toured the world performing thousands of concerts from the White House to the Olympics, recorded 18 critically acclaimed albums and an Emmy award winning PBS television program, “An Irish Homecoming”.